The Monster Has A Mind Of Her Own... 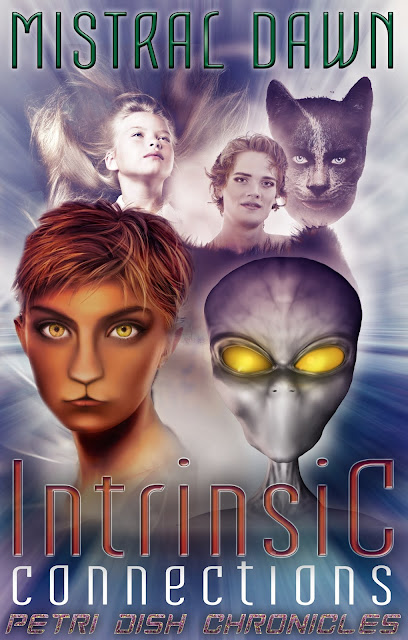 I thought I'd share a little snippet from Petri's story to help move your week along. Enjoy! :-)


Excerpt from Intrinsic Connections:
For a moment, Petri hesitated, not knowing where to start.

Taking a deep breath, Petri looked her friend in the eyes and said, "You know when the Arcanum were trying to hurt you, I went a little crazy, right?"

Her lips twitching, Chessie nodded. "Yeah, I kind of got that, considering you almost blew the room apart. I wasn't sure how much in control of your power you were."

Grimacing, Petri nodded. "I wasn't in control. I didn't so much as almost blow it apart as almost disintegrate it. It's sort of like what I did to get us back here, but bigger. And I don't think I would have been able to put it back together again."

"Your power has grown, then?" asked Daji.

Petri shrugged. "I'm not sure if it has grown or if I've just learned how to use it better. The Arcanum have taught me a lot."

He nodded. "But that's not what you wanted to discuss with us."

"No. I didn't just lose control of my power with the room, I also kind of…attacked…the Arcanum Collective."

Daji's eyes widened and he spewed his drink out through his nose. Still choking, he gasped, "You attacked all of the Arcanum? Why are you still alive?"

Sighing, Petri nodded. "Or, at least all of them that were bound together, which is most of them. I'm alive because I scared them. I couldn't control myself, but they couldn't control me either. They aren't quite sure what they created, and they don't know what to do with me."

"They thought they were going to be God, but instead learned that they're only Dr. Frankenstein," mused Chessie.

Petri gave her friend a blank look. "What?"

Shaking herself from her reverie, Chessie smiled. "Nothing, hun, just a really old human literary reference. An ancient story about a man who wanted to conquer death but hastened his own instead."


Want to know what happens next? Grab your copy at the link below. Happy reading! :-)