Breakfast In A Blender #Recipe! 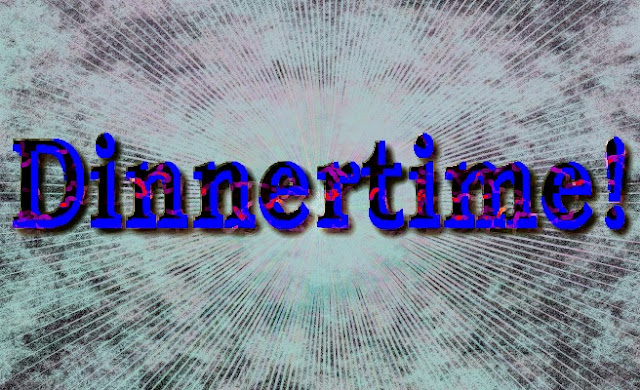 A smoothie is a great way to throw together a quick, filling breakfast that you can take on the go. Enjoy! :-)

Put all the ingredients except the granola (optional) in the blender and turn on high. Blend until smooth and pour into a glass or travel mug. Top with granola, if you like, and serve chilled.

Posted by Mistral Dawn at 4:00 AM No comments: 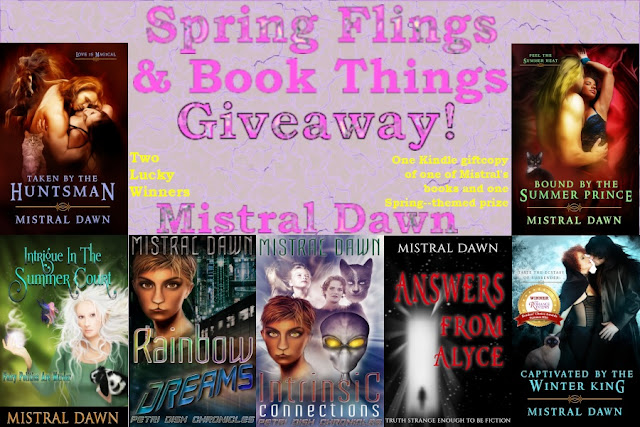 There's a new giveaway for Spring!  Please take a moment to check out the Spring Flings & Book Things Giveaway!!  There are lots of awesome books and prizes!! :-)  It's free to enter, there are over 26 prizes, and the grand prize is $39 cash payable through PayPal!! :-)  Now isn't that worth taking a few minutes to check out? ;-)   Here are all the details:

Thank you so much for stopping by today!  And don't forget to check back tomorrow for the next installment of Mistral Dawn's Musings! :-) 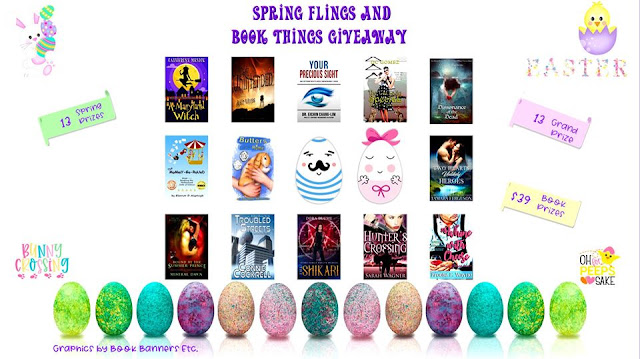 Posted by Mistral Dawn at 4:00 AM No comments: 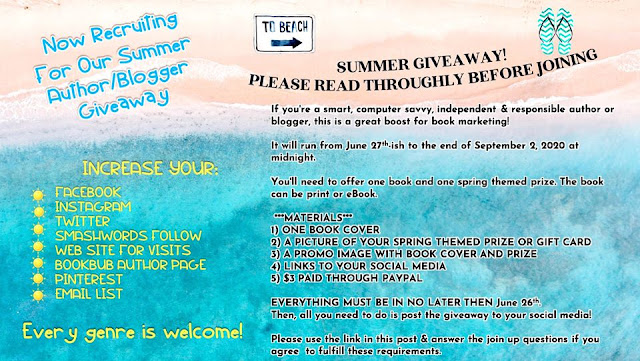 If you're a fellow author and/or blogger, and you'd like the opportunity to grow your social media following without spending a lot of $$$ on advertising, check out the details in the image above. If this sounds like something you'd be interested in, click the link below and answer the questions. Happy writing! :-)

Posted by Mistral Dawn at 2:30 AM No comments: 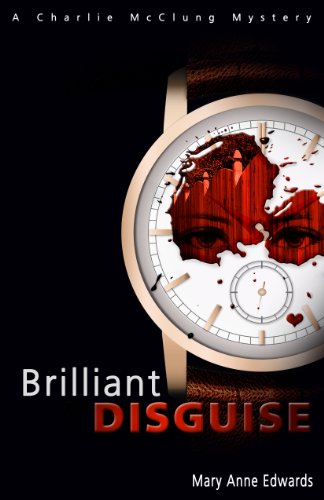 
Are you sure you could tell the difference between murder and suicide?
Having had more than enough of the big city, Detective Charlie McClung moves to a small town looking for a simpler life.

Turns out his first case is the most complicated of his career.

A young woman is found shot and while everyone is telling him suicide, his gut, and the dead woman’s beautiful neighbor, are telling him something quite different.

How far can he dig before he uncovers secrets never meant to be unearthed? Throw in a shady police chief and an unexpected love interest and McClung quickly finds himself with more trouble than he ever imagined.

If you think this sounds like something you might enjoy, go ahead and grab your copy here:


Thank you all so much for stopping by! Happy reading! :-) 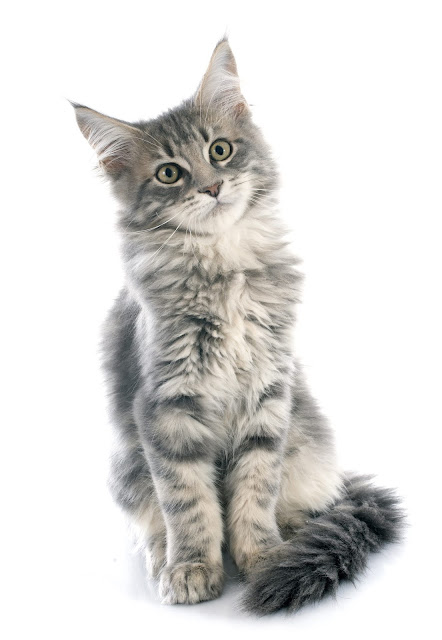 Day Eleven-Hundred-Thirty-Five:
The weather for the part of this planet where I am stationed has, once again, turned warmer as the planetary tilt results in a slightly closer proximity to the local star during this portion of the planet’s revolution around it. And, as is her habit, for reasons unknown, my hominid-servant has taken this as a signal to engage in nesting activities that have a severe disrupting effect on every resident of my domicile. From past experience, I understand that this cyclical inconvenience will result in a cleaner, better-organized domicile for my compatriots and myself; however, the disturbance to routine is not something I’m able to overlook.

However, one thing about this iteration of my hominid-servant’s ritual does interest me. I look forward to seeing how the juvenile felid will react to having his cache of baubles disturbed. Will he take exception to my hominid-servant’s encroachment into the territory he has claimed? Or will he concede to the inevitable and allow her to complete her ritual without resistance? If he does resist, will she accommodate his demands? Or will she simply ignore his protests and carry on with her intentions?

I look forward to seeing if this turns into a battle of wills and, if so, whose will will be the stronger. If my young protégé does succeed in forcing my hominid-servant to alter her behavior, I may be able to copy whatever strategy he uses to advance my own agenda. As always, I will report back on any further developments.


Hmmm... This may be interesting. ;-) You may have noticed that Agent Thoth has a new look. I hope you like his new picture as much as I do, but I'd love to hear your thoughts, either way. Feel free to let me know what you think in the comments. ;-) Happy reading, everyone!

Posted by Mistral Dawn at 2:30 AM No comments: 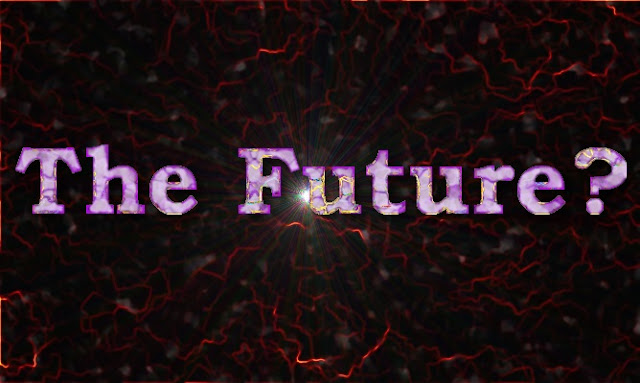 This is a little something I wrote on Facebook about a year ago, but it seems particularly relevant now, so I thought I'd share it here. Maybe it will give you something to think about. Peace!

You know, the more I read about the labor movement of the early 20th century, the more I realize we're living in the 21st-century version of those times. Hell, we've even got our own Franklin Delano Sanders. Unfortunately, we allowed the modern-day robber-barons to sabotage his campaign again, so it doesn't look like we'll get him into the White House.

It's a shame and a crime this topic gets no more than a passing mention in school history classes. There was so much real-life heroism in those labor leaders, I see it reflected in some of the voices that captured the national attention in recent years. Looking back through the lens of history, it seems like a lot of the victories happened because someone had enough and convinced enough others who'd had enough to stand with them against the power structure. And then they all just put one foot in front of the other and kept doing that, refusing to give up or give in, until they got what they needed.

But, then, isn't that the story of the quintessential American hero? Hell, I've seen metaphorical versions of similar stories made into superhero movies. Only they weren't superheroes; they were just regular people, no different from me and thee.

Which begs the question, how bad does it have to get? At what point will enough people say enough and draw their line in the sand? When will we find the spines our grandparents and great grandparents found and say, "No more!" And how bad will it be before we get to that point?


Posted by Mistral Dawn at 3:00 AM No comments: 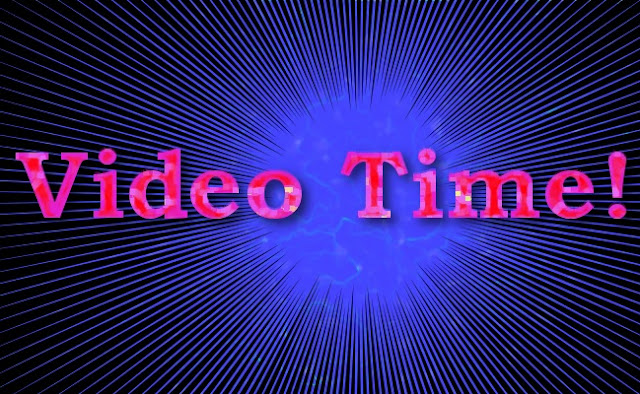 I'm back today with another video I wanted to share. This one is about the latest Orwellian doublespeak the Democrats are trying gaslight us with. So, please take a few minutes to watch, so you'll be forearmed when the corporate media tries to bullshit you. Peace!


Posted by Mistral Dawn at 4:00 AM No comments: