#Smoldering #Saturday #Excerpt From #Bound By The #Summer #Prince! :-) 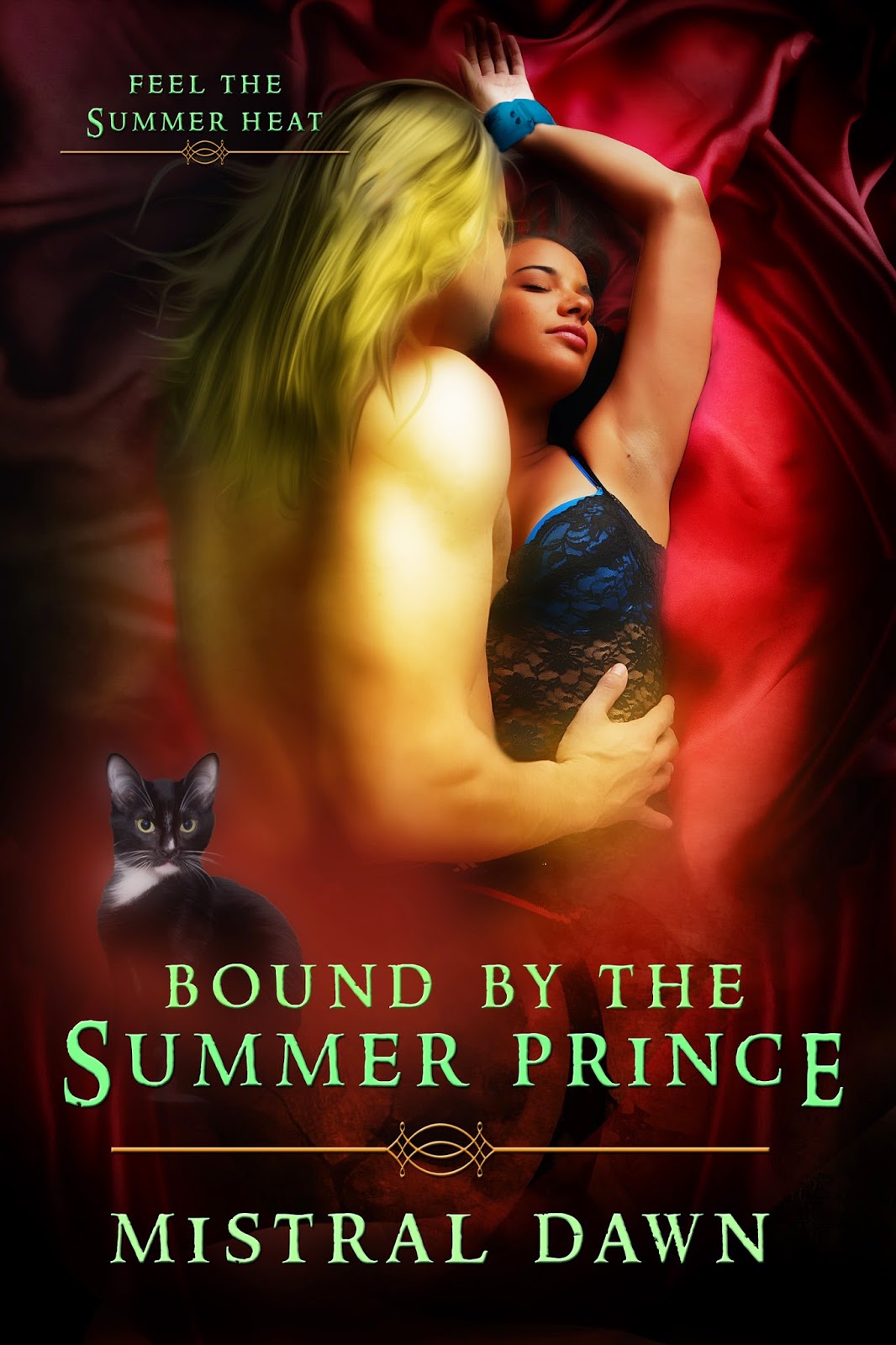 “Yes.” she grinned. “I rather enjoyed our game. Shall I show you how much?”

Smiling, he asked; “What did you have in mind?”

“Well, it occurs to me that I never got to show you how talented a mouth I have.”

Pushing him onto his back and sitting up on her knees, Roni drew her hair behind herself and said; “MmmHmmm…Now lie there, and don’t move. Or I’ll tie you up, this time.”

Grinning wickedly, the prince lay back and crossed his arms beneath his head. His gaze traveled over his Anamchara’s body, as his own hardened. “Really? I think I find that proposition intriguing.”

Putting her hands on her hips, Roni gave him a mock severe look and said; “Are you going to behave, or do I need to find some rope?”

Pretending to consider, he said; “I’ll cooperate for now, but you might want to have the rope ready.”

Noticing that her lover’s eyes were locked on her breasts, she gave her shoulders a small shake, which caused them to sway. His gaze followed her dancing flesh, as it moved hypnotically from side to side, and she leaned forward to whisper in his ear; “If I have to tie you up, I’ll blind fold you too.”

Her words startled a laugh from him, and his eyes locked with hers. “You are a saucy wench, aren’t you?!?” He smiled. “Well, I guess I’d best behave myself then; I’d hate to miss out on such a view.”

Her grin spread from ear to ear, and she felt her eyes sparkle. She wondered at his ability to tease her and make her enjoy it. Leaning down again, she laid a gentle peck on his lips, and then began leaving a teasing trail of kisses down his jaw and neck.

Uaine’s eyes slid closed at the heavenly feel of his Anamchara’s mouth on his body. It was all he could do to keep his hands where they were, and not reach out and draw her beneath him. She seemed intent on tormenting him, and he longed to feel her lips around the part of his body that was hard and aching.